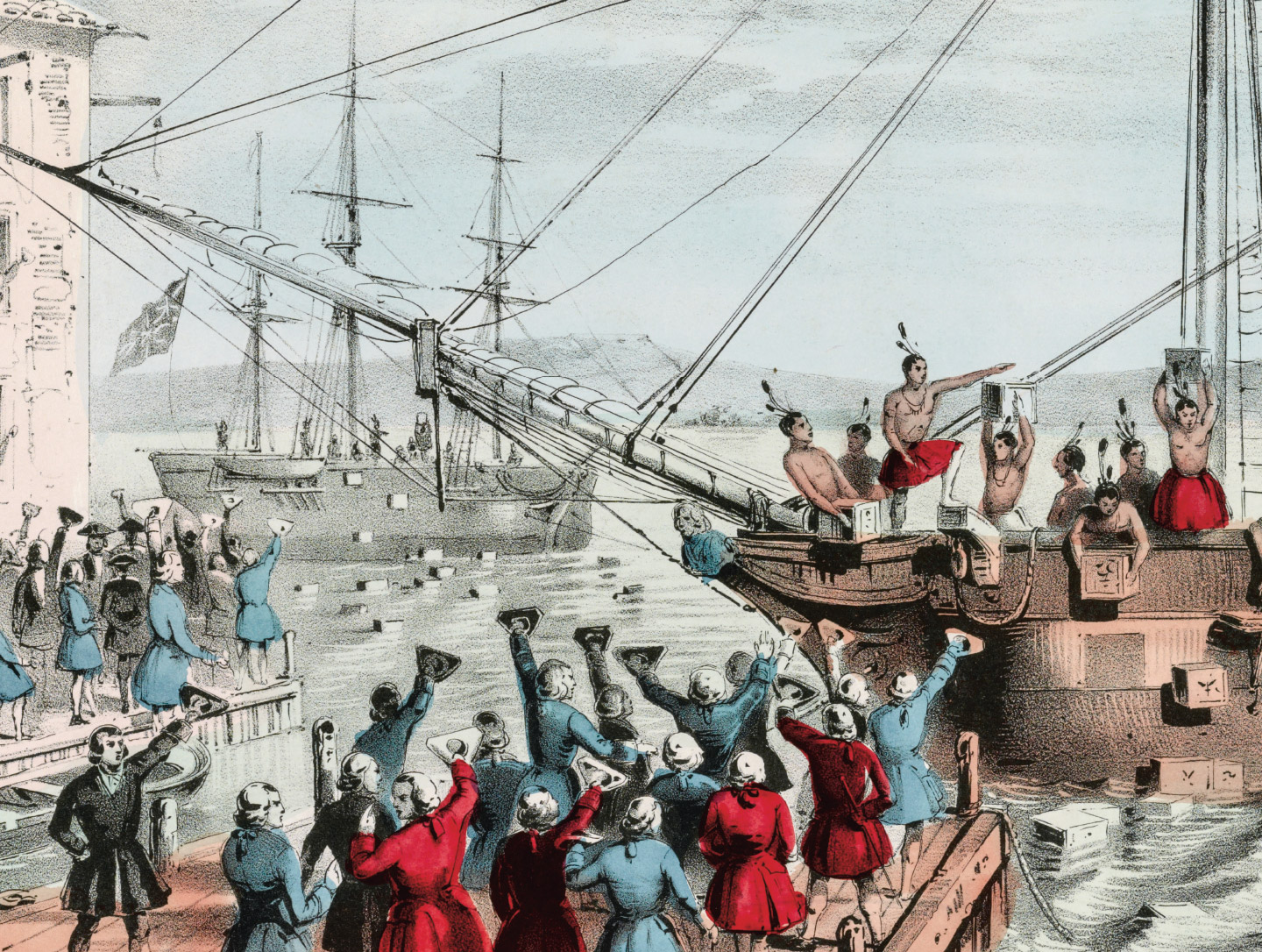 From the Boston Tea Party to the modern-day Tea Party and the Women’s March, America has been shaped by protest movements

It was a gray January Saturday in Washington, D.C., but nobody was resting. Just one day after Donald Trump had been inaugurated as president, the streets were jammed with people participating in the Women’s March.

Near the U.S. Capitol, they cheered speeches defending the rights of women and minorities—whom they believed the incoming president had shown disrespect for during his campaign. Then, as if to make sure Trump would hear them, many of them marched to the gates of the White House.

The crowd in Washington was estimated to have been at least half a million people. Including the participants of more than 600 other “sister marches” around the country, the Women’s March was likely the nation’s largest single-day demonstration ever.

Protest is essential for our democracy.

The massive gathering was part of a deep history of protest in the U.S., according to David Meyer of the University of California, Irvine. It all goes back, he says, to the first major American protest, the Boston Tea Party in 1773, when a band of American colonists boarded three British ships and dumped 342 chests of tea into Boston Harbor. The act of defiance was part of a struggle over taxes and control by Great Britain, but it also set the stage for a larger struggle: the fight for independence from Britain in the American Revolution (1775-83).

“Protests seize [the country’s] attention and force figures like presidents to respond to them,” Meyer says. The tradition is protected by the First Amendment to the U.S. Constitution as “the right of the people peaceably to assemble, and to petition the Government.” For the nation’s Founders, who had helped lead it from resistance to independence, Meyer says, this was a sign of how much they valued dissent.

Many of the most influential American protests have been big marches, like the Women’s March, often in the streets of the nation’s capital. A 1913 rally in Washington for women’s suffrage, for example, helped lead to ratification of the 19th Amendment (1920), giving women the right to vote. The 1963 March on Washington focused the nation’s attention on civil rights for African-Americans and helped lead to passage of the Civil Rights Act of 1964, which outlawed discrimination in voting, schools, and the workplace.

During the long fight for equality for African-Americans, many smaller acts of civil disobedience, such as boycotts of segregated buses and sit-ins at whites-only lunch counters throughout the South, also helped end discriminatory laws and practices, and the success of the movement as a whole helped prove how important protests were to social change.

In the mid-1960s, U.S. involvement in the Vietnam War and a military draft ignited a new wave of resistance among liberal Americans, particularly young people. They believed the nation was needlessly meddling in another country’s civil war—one that ended up costing more than 58,000 American lives.

Inspired by civil rights campaigns, activists engaged in different forms of protest, including staging sit-ins at universities and burning draft cards. Marches were crucial as well. On Oct. 15, 1969, about 2 million people rallied across the country to show their opposition to the war. Historians say the protests were a major reason the U.S. withdrew its troops from Vietnam in 1973.

Conservatives have also used protest as a tool to bring about change. In 2009, following the election of President Barack Obama, groups of concerned citizens began showing up at town hall meetings. Many objected to the Affordable Care Act (also called Obamacare), which they believed would burden them with higher taxes and healthcare costs. Protesters also voiced long-held grievances over gun rights, undocumented immigrants, and the government’s expanding role in Americans’ lives.

This new movement soon called itself the Tea Party, a tribute to the original American protest against government control. What made it especially effective, experts say, is that Tea Partiers didn’t just demonstrate; they also got involved in their communities and voted for members of Congress who supported their views. Many believe that the dissent the Tea Partiers stirred up among conservatives helped contribute to the election of President Trump last year.

Today, experts say, we may be in the most active time for protest since the 1960s. Meyer says a new surge of resistance began in 2011 with the Occupy Wall Street movement, an outcry against economic inequality in America. For months, thousands of people in New York City staged a sit-in near Wall Street, a symbol of banking and wealth. The movement spread to other cities, energizing a new generation of young activists.

Then, in 2013, a movement known as Black Lives Matter formed in response to a series of high-profile shootings of African-Americans by police. The protests fueled a national conversation about racial discrimination in the criminal justice system.

Trump’s election last year has only intensified protests, as it has sparked passionate public debate among Americans. While many liberals believe Trump’s policies are a threat to civil liberties, his supporters think Trump will bring jobs and pride back to working people. Both sides have demonstrated to show their points of view.

No one knows exactly what will result from this moment in history. But one thing is certain, Meyer says: People will not stop reaching back to the spirit of the Boston Tea Party to try to shape the future of the nation.

“Protest is what we started with,” Meyer says. “It is an essential thing” for our democracy.