GO BACK
Home > September 5, 2016 > Should Supreme Court Justices Continue to Serve for Life? 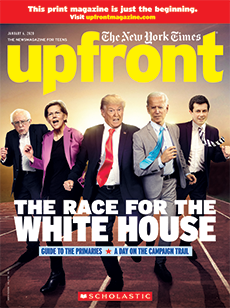 Scholastic Learn at Home includes many free articles for you to enjoy during your time at home. Click here to learn more about Scholastic Classroom Magazines.

Back to Learn at Home 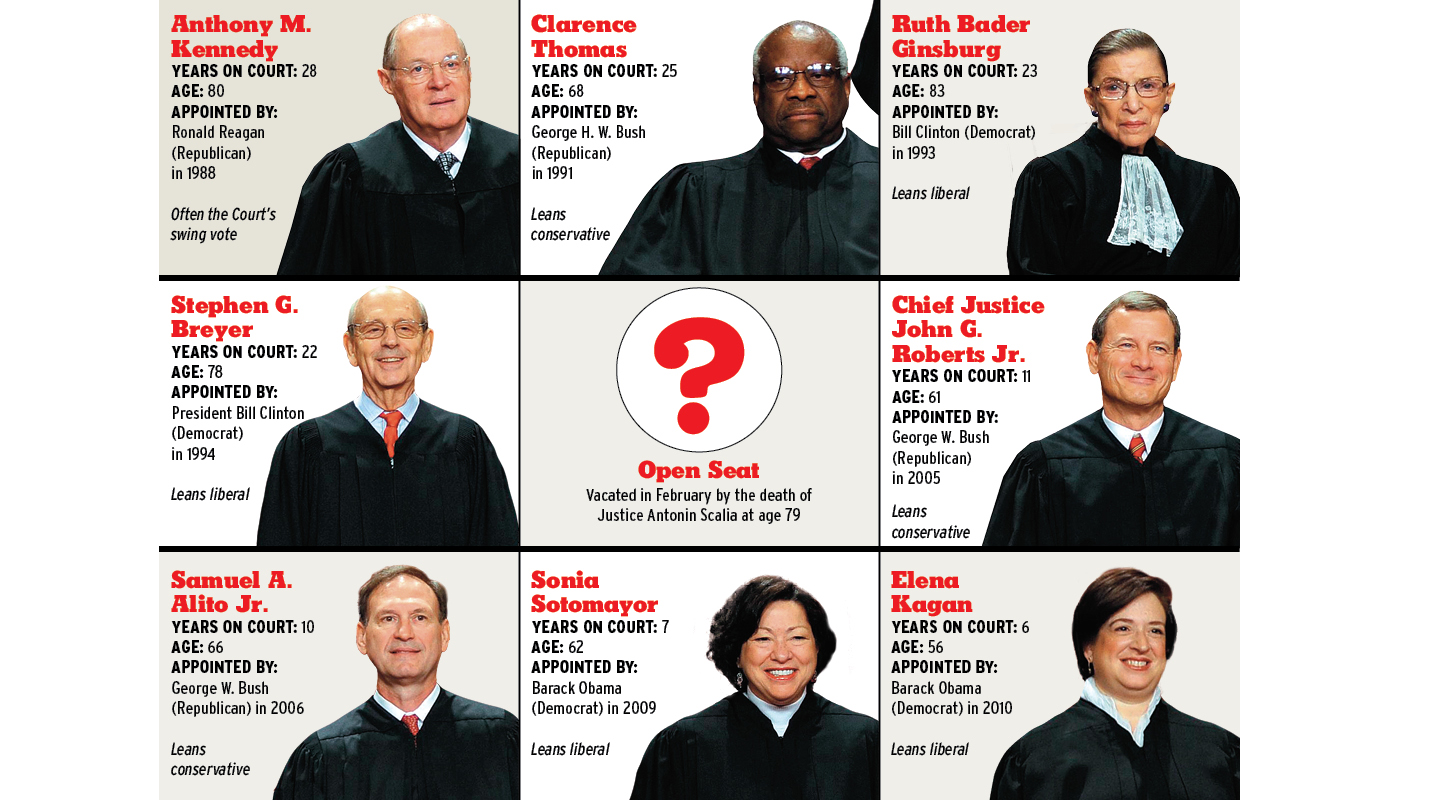 Go Back to Issue

Should Supreme Court Justices Continue to Serve for Life?

Supreme Court Justice Antonin Scalia died suddenly in February at age 79. The Court has since operated with one of its nine seats vacant, affecting the outcome of many cases.

The Republican-controlled Senate has refused to consider President Obama’s nominee, Judge Merrick Garland of the D.C. Court of Appeals, to fill the vacancy. In the midst of a hotly contested election, Republican leaders say the next president should make the appointment.

One of the reasons for the political standoff is that the stakes are so high: Once approved by the Senate, Supreme Court justices serve for the rest of their lives or until they choose to step down or are impeached.* Here, two legal experts weigh in on whether life tenure for justices still makes sense.

There’s no evidence that justices need to be forced to retire. Many of our greatest justices have served honorably on the Court well into old age: Oliver Wendell Holmes was 90 when he retired in 1932 after nearly 30 years on the Court, and William Brennan was on the Court for 34 years, retiring in 1990 at age 84. More recently, Justice John Paul Stevens retired in 2010 at age 90 after 35 years. The argument that old people make bad judges smacks of age discrimination.

Life tenure is one of the most important guarantees in the Constitution of an independent judiciary. It’s life tenure that allows judges to interpret the law free from the day-to-day political pressures that the executive and legislative branches of government inevitably face. Those pressures mean that Congress and the president sometimes fail to see—or choose to ignore—the bigger, longer-term picture in issues ranging from civil rights to presidential authority.

Furthermore, abolishing life tenure for Supreme Court justices would require a constitutional amendment. This would be a time-consuming and costly process that would distract us from the many real problems facing our society. In addition, such an amendment would set a dangerous precedent for more serious threats to our independent judiciary, such as giving state and local judges shorter terms of office or making it easier for politicians to fire them when they issue unpopular rulings.

When it comes to the life tenure of Supreme Court justices, our Constitution is working just fine, and it would be foolish to tamper with it.

We often say that Supreme Court justices have “life tenure.” But that’s just how we’ve interpreted the Constitution, which actually says justices can hold their offices as long as they maintain “good behavior.” This language suggests justices should retire when they’re no longer fit to work full-time.

Supreme Court justices have more influence on our society than almost anyone else. Virtually all other judges in the world are subject to term limits or age limits. Speaking from my own experience, I question the wisdom of letting justices in their 70s and 80s continue to exercise such great power. I am 85 years old, and I know that my own mental faculties aren’t as sharp as they used to be.

Historically, some justices who were seriously unfit held on to their power far too long. Former Chief Justice William Rehnquist continued deciding key cases in 2005 as he was in the hospital dying of cancer. Thurgood Marshall was 82 and in very poor health when he retired from the Court in 1991. Justice Antonin Scalia had long suffered from a number of serious medical problems, including heart disease, obesity, and diabetes. Despite those issues, he had declared at age 77, two years before his death, that he would not retire as long as there was a president who he thought would nominate a more liberal justice as his replacement.

Two factors have enabled justices to remain on the bench longer: an increased reliance on young law clerks and a smaller caseload. Since 1925, Congress has allowed the Supreme Court to choose which cases it will hear. The justices once accepted close to 300 cases a year; now they hear about 80.

It’s time for Congress to address this problem. We already have a judicial process by which aged and disabled federal judges can be placed on “senior status,”** which is a form of retirement. Congress should extend that process to Supreme Court justices. Presidents should appoint a new justice during each term of Congress, with justices who’ve been on the Court more than 18 years acquiring “senior status” similar to that held by older judges sitting on lower federal courts.

Number of justices since the formation of the Supreme Court in 1790.

Number of justices who’ve served on the Court beyond age 80.

What do you think?
Should Supreme Court justices continue to serve for life?
Thank you for voting!
Voting has ended. See final results below.
Results
See results Hide results

What does your class think?
Should Supreme Court justices continue to serve for life?
Thank you for voting!
Voting has ended. See final results below.
Results
See results Hide results